I Did a Thing!

The Universe has my back.

The problem with having an awakening is being confronted with your own beliefs and limitations. Mostly, I’ve been able to take things in stride, except when it comes to one thing. Surrender. Like obey, it is a trigger word for many strong-willed, self-reliant, sometimes obstinate, people like me. I obeyed my mother because it was crucial to my survival, but I completely scratched that word from my vows. To me, surrender means giving up, giving in to the possibility of losing the fight.

Several things jump out at me about my own definition of surrender. One, the word carries much more weight than release or let go. The difference in the imagery is clear. The former is giving up because you have no choice. The latter is a willful decision to cease. This brings me to the next prickle in my definition of surrender. I use the words loss, fight, and giving up. Where’s the fight? Is it life? If so, why? Who determines whether I’ve lost and how?

Lately, I have wondered if I have the definition of surrender all wrong, at least as it pertains to spirituality. I was raised Christian, and, growing up, the concept of surrender felt a lot like accepting and submitting to the patriarchy. I shunned the concept because God never felt vengeful or domineering to me, and I wasn’t about to let the world think less of me because of my gender.

If you don’t know me by now, you only really need to know one thing about me to understand what the title of this post means to me. Barring major and total disaster, I have plans A through H for any given scenario. Depending on the situation, I might be thinking through the other 18 letters as well. I live by the quote, “If plan A doesn’t work, the alphabet has 25 more letters.” So, the fact that messages of “let go,” “go with the flow,” and “surrender” keep getting tossed at me only makes me want to create more plans, just in case letting it flow doesn’t work out so well and throws me completely off course.

It’s funny when the words are on the page, out in the universe for anyone to read. But I don’t mind because a) I know and accept myself, b) I know how I became this way, and c) I am not alone. What’s even funnier is I asked for this. I wanted to be in flow. My highest goal is to live a life of peace and joy. What I did not know when I started this journey in 2018 was peace, light, and flow require surrender.

I’m not sure how my spirit and my therapist forgot to warn me of such a critical sticking point, considering I’m clenched tighter than an unsplit pistachio.

When I’m quiet, frustrated, or meditating, the voice of my heart speaks. Sometimes it shares an image, sometimes words. I see myself struggling to swim against the current or climbing a steep hill, and I hear “Wrong way.” I see my knuckles turning white from trying to hold everything together, and I hear, “Let go. You aren’t doing it alone.” Sometimes when I admonish my son for his poor listening skills, I immediately hear, “You aren’t listening either.”

A look back at my journals tells me I’ve been heading in this direction of surrender for some time now but somehow skirting it. The image of swimming upstream unnecessarily is the closest my brain can get to understanding the necessity of surrender. Right now, I’m fighting hard, exerting energy swimming to a destination that is more easily reached by going in the flow of the river. I’m fighting the water to get on land so I can walk, instead of just going with the current.

Do you ever feel like that? Tired, and getting nowhere?

Full disclosure. I started this post in January…2021. The week before I started writing I’d hit a wall. After meditation, I prayed and said teach me how to surrender. All I got back was, “You just do.” I wanted to laugh and cry. Hopefully, that voice was the snark in my head not God or my spirit because “You just do” is an answer I’ve never been able to accept. Of course, as has been the trend lately, I was already reading books that were giving me nuggets of the secret.

When I believed that everything happened for a reason and the universe was one giant feedback loop, I felt less anxiety and fear. But when I began to believe that good wins over evil and good people deserve good things, I began to see the troubles in my life as the world is against me. Then malicious thoughts took root. Maybe I’m cursed. Maybe I’m not a good person. Maybe this is payback for something. How exhausting and terrifying is it to only see the world through the lens of your life? Depending on the cycle you are in, the world can be magic or hell. Instead, the reality is things are much more interconnected, like the butterfly effect.

I trust, therefore I surrender.

Does that mean you have no power over your life? Absolutely not. For sure, action and inaction have consequences, as does mindset. But your actions touch others as much as theirs touch you. With that kind of complicated web, it is impossible to control every aspect of your life. This, I think, is where surrender comes in.

The only thing you can control in this life is you, your actions, and your beliefs. How you show up for yourself, your inner circle, and society matters.

It is March 2022, and surrender keeps showing up. I’m listening, but not always acting, or I’m often acting when I shouldn’t. As stubbornness is one of my most dominating personality traits, I still find it hard to stay in surrender mode. And a year later, I can admit that I am in resistance more times than not. Actually, I am actively fighting resistance, which in essence is still resisting. Now, I do have a better understanding of why I find it difficult to surrender. Yes, I am bossy and like to plan, but I’m also anxious and like to prepare myself for the worst. Translation, I fear the future as much as I look forward to it. My fear is rooted in a deep sense and belief of lack. The scarcity is so deeply rooted in me, in American culture, that it is part of everyday language. It is a hard mindset to shift.

As I said, the universe has been pelting me, I mean providing me with guidance for the last year or so. The most frequent messages are: erase the old stories, ask but be flexible, act as if, listen, move when pulled, and be generous.

Erase the stories in your head.

This is easier said than done. For me, it was simpler to try to quiet them. Don’t assign people roles. Let go of the labels you assigned to the people who hurt you. Stop calling them heartbreaker, abandoner, cheater. Those labels have power and can keep you locked in the past. Don’t hold on to your past self-concept, or your coping mechanisms. Separate from the energetic ties that bind you. I’m learning to not attribute the word negative to lower emotions or energies because they serve a purpose, so I tend to call them unproductive. For example, worry is natural, but it is draining. It’s not just unproductive, it is counterproductive.

Ask. Be specific, but flexible.

My therapist pointed out that even when I spoke of my future goals and dreams I inserted a caveat, a cap. Without even realizing it, I was saying things like, “I know I’m worth a $100,000 salary, but I’m willing to take $70,000. I want to publish my book, but it’s okay if it doesn’t sell.” She told me to stop adding limitations and be open to the potential for more. No more buts or conditions. Instead of “I’m willing to take a $70,000 salary,” I could say something like, “I’d like my next job to have a starting salary of more than $70,000.” It’s specific, leaves the door open for more, and the only condition is that it meets my need for a higher salary.

One of my favorite gospel songs is It’s Already Done. That song moved me even when I was little. I didn’t know then (or maybe I did) that the song was about moving the energy to manifest. In the last three books I’ve read around this topic it’s been phrased as, “Act as if.” This is hard for me, so I play the song a lot! Acting as if means you need to change your energy and your actions to allow for the birthing of your desire. It also means trying not to worry and stress about it, which causes resistance. If you study the law of attraction you’ll see similar language. And in spirituality, it’s called walking by faith. You prayed, you asked, you called it in, now believe, and ACT as if you already have it.

Move; flow in the direction you are being called.

Now that you’ve gotten your confirmation or intervention, do what you were told. Sometimes this is so damn hard. Walking by faith is scary. It is easier when there is no risk, but when there is…whew. There is a cartoon of a guy standing on a cliff that ends and he can’t get to the other side. He asks God for help and God says jump. The guy is terrified because the fog is creating the illusion that he will fall to his death. Long story short, there is a ledge below him, and an easier path forward. All he had to do was take the leap. I pray that each of us is brave enough to move when called.

My mother always taught us to bless others. Give freely, even when you don’t have it, share your wisdom even when you are afraid no one is listening, and be there even if the person doesn’t ask. Growing up we lived by the tenet, you reap what you sow. I can admit to getting away from that lesson a bit. Again, divine intervention stepped in recently with a simple message. There is always enough, and what you give you receive. So, I’ve given my last few dollars away even if it’s five days before payday. It became easier to do so when I remembered the times a stranger or friend stepped in and helped me whether they knew it or not. Thanks to the generosity of others, we didn’t have to buy clothes for our son for nearly two years. How can I continue to let my fear of lack keep me from showing up for others knowing all the ways in which people have shown up for me?

While I am still really attached to the illusion of control, I am practicing these principles as much as possible. Some days are easier than others. Some days I flow, others I swim upstream. Honestly, it often feels like I’m daring the universe. Though, I am never 100% certain if I am daring it to wow me or disappoint me. I am a work in progress, but I know I’ll get there. What I know is struggle and resistance are no way to live. I feel the truth of flow and surrender, and divine timing in my heart and soul. I see the proof of it everywhere. That inner knowing is enough to keep me going. I am going to walk into the fog and see where this path takes me. 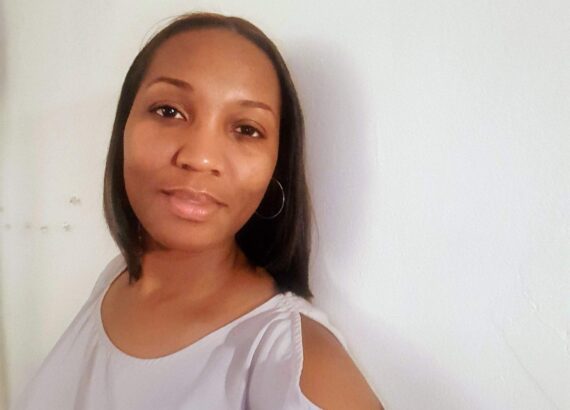