You Deserve a Round of Applause

When Old Lessons Need to be Relearned

When you are at the age when most of the adults you know are married or thinking about it, you begin to notice a few things. The most profound observation is that there are too many misconceptions about what is considered a good marriage. There are even more misconceptions around what is deemed to be normal.

I staunchly believe in the advice to keep your family and friends out of your marriage. No good can come from having so many biased opinions crowding your relationship.

However, I feel something got lost in translation. Instead of creating boundaries, married people created illusions. Women are supposed to wear fifteen hats and be Every Woman, never tiring or skipping a beat. Meanwhile, men are supposed to bring the home bacon, cook it, and, after generations of hands-off parenting, be perfect attentive parents, all while being sex gods. 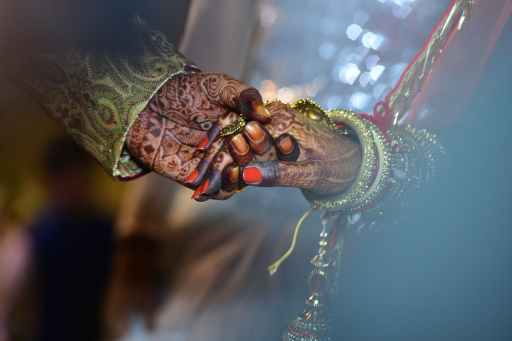 Photo by Vireshstudio photographer on Pexels.com

The result is a marital culture of having two couples, the public couple and the private. That isn’t so bad. After all, everyone has a public and private self. The insidious part of the culture of marriage is the unspoken value of perfection and secrecy.

What do I mean by that?

Married people are forced to suffer in silence and project an image of perfection. A “normal” marriage is defined as one with very little friction. Love conquers all, and everyone lives happily ever after. Insert puppies, kittens, a lavender unicorn, and hot, sweaty sex for 50+ years.

So now the public couple posts things like, “The angels smiled on me the day you walked into my life. Every day I love you more. I don’t know what I would ever do without you. You are my everything. Happy birthday, baby! I can’t wait to come home and show you how much to mean to me.” This, of course, is accompanied by six very carefully selected, though somewhat old, smiling, happy pictures.

Now for that same couple, the private life is full of frustration, tears, arguments, and silence. Deafening silence. And no touching. Possibly sex, but it has been a while, and there is definitely an uptick in data and battery usage in the house. As for the birthday? In reality, that couple argued before they parted ways for work that morning. Also, the partner who posted the sweet little status forgot to buy a gift and order the requested take-out. The couple whisper yelled until one of them stormed away with the threat, “Do NOT follow me.”

And yes, you guessed it, this happens at least once a week for the past few months… Maybe it’s been two years.

Any marriage closer to the private couple’s image is considered “abnormal,” which leads to a whole host of pains and tribulations.

April is not only the month of my blog anniversary but also my wedding and relationship anniversary. This year marks 15 and 9 (15 years together, 9 years married).

After that amount of time with another human being, this is what I know for sure. Marriage is hard.

Besides parenthood, it is the hardest relationship you will ever have. Actually, I find marriage harder than parenting because with my child, I have some semblance of control over how he turns out. If I don’t want him to have cavities, I help him brush his teeth. He is naturally competitive, so we find ways to make sure he also learns good sportsmanship. There is no such illusion of control in marriage.

With marriage, two people come as they are and hope like hell they can live and thrive together until death parts them.

The truth is while there are a plethora of expectations, there is no guidebook to making a marriage work. I know. I have read a lot of books. Many suggest modeling the behaviors you want to see. Others suggest negotiations and playing to one another’s strengths. There is no advice about how to overcome and mend your broken pieces separately, together. There is no advice to help two people with abandonment issues navigate their marriage. There’s nothing to help the couple who has two different visions of what marriage should be.

Now I hear you murmuring, “Pre-marital counseling.” You are correct. In theory, that is an option. We thought so too. However, for a young inter-racial, inter-faith couple, secular pre-marital counseling was neither readily available nor affordable when we got married. Given American’s mental healthcare system, I doubt that has changed, as, even with insurance, many couples still cannot afford marriage counseling. The therapist we wanted was going to charge us a discount of $290 a session, and none of the clinicians we agreed on accepted insurance.

So, I ask again. Where is the help? 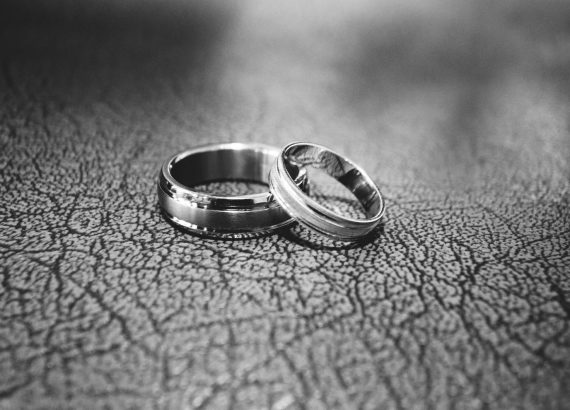 Photo by Megapixelstock on Pexels.com

Someone said marriage is a mirror, showing you the worst parts of yourself. That should be in every wedding ceremony. It paints a perfect picture of how bad, bad times can truly get.

I am often astonished at who I can be in the heat of an argument with my husband. That banshee shows herself to no one else in the world. And I often find myself asking, “Was he always like this?” after some arguments because I’m sure I would not have married such a douchebag.

While I wish we were alone, we are not. Many of my friends, family, and coworkers have lamented about marriage over the years. We speak in broad terms, never in detail, as we launch mild, but deeply rooted complaints about our relationships.

My grandparents were happily and lovingly married for 53 years. Yet their hard times were TER-RI-BLE. I mean, at one point, someone almost capsized the boat, and the friction that followed could be felt in every word of the retelling of the story.

And that is the crux of my problem. Why should any married couple feel alone—feel like they need to protect the “happily married” image—if every couple experiences rough patches? Sometimes long-lasting patches. Also, if we continue using “happily married” as the benchmark for normal, how will anyone know when it is time to call the lawyers?

Every couple will have conflict in their marriage. If you do not have disagreements, if you cannot argue without your relationship falling apart, your marriage isn’t real. Any relationship absent of confrontation is not authentic. Sentient beings disagree. Even in the womb, my son and I disagreed on which position was most comfortable to sleep in. He would kick me until I moved to a position that best suited him, or I poked him to make stop kicking if I disagreed. I’ve seen squirrels have it out in the middle of the sidewalk.

Besides disagreements, there is the obligation to balance both sets of ambitions and nurture one another through difficult times. Couples have to recognize that each is incrementally changing, even if those changes do not jive with both parties.

Diet is a seemingly innocuous example of a change that can impact a relationship. My friend and I have husbands who are, at the core, fairly similar. Several years ago, her husband became vegan and devout in his religious practice. She had zero interest in either lifestyle. Clearly, this required careful navigation.

While I was utterly supportive of my soul sister, my tiny little inner brain was breathing a sigh of relief. There was no way my husband of Middle Eastern descent would give up beef. No way. Not the same guy who was constantly making fun of me for mostly eating chicken. Do you know how long it took me to master cooking beef by sight and smell!

Fast forward to 2019, and Coach is now pescatarian sliding into vegetarian land. Now, all five beings in my house (two dogs included) have separate dietary preferences. So you see, even small things could mean significant changes for even the most stable couples. 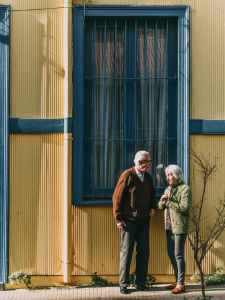 Photo by Tiago Tins on Pexels.com

In conclusion, it is time we start telling the truth! We have to redefine what it means to be normal and happy when it comes to marriage. And for all the is holy, it is time we stop romanticizing marriage and marital vows.

Not all turmoil is bad. I know that sounds wrong, but it’s true. If marriage is a mirror reflecting your demons back at you, then marriage is the best test of growth. Through marriage, you learn about yourself and maximize your potential for growth. Also, a little marital turbulence is natural. Whether a theorist posits there are three, four, five, or seven stages in marriage, they all agree there is a disillusionment or miserable stage.

Let’s take the secrecy out of marriage. First, we need to eradicate the romanticization. Get rid of the phrase #marriagegoals! Actually, go ahead and eliminate happily married too and use healthily married instead. Next, we need to remove the shame attached to perfectly normal phases of marriage. Finally, there needs to be a global acknowledgement that marriage:

These changes may not lower the divorce rate, or even increase the marriage rate, but they will allow couples to set realistic expectations for what married life will bring. What do you think should be the new rules of marriage?

Do Over: When Crafts Forsake You